An advisory board? What for?

It’s not an easy question to answer.

Code for Philly was originally started as the Philadelphia “chapter” of Code for America in late 2012. You could think of it like a homebase for civic tech in Philadelphia. And while we have been (and continue to be) inspired by the vision and philosophy of Code for America, Philly really became its own force.

With support from government and civic agencies, a culture of civic duty and community, media dedicated to the local tech scene (s/o Technically Media), and national thought leaders on open data and civic tech at-large in our corner (s/o Mark Headd, Robert Cheetham, and many others), Philly really had the wind at its back to move forward and quickly.

But going from a grassroots community connected by shared values to a formalized organization with a broader scope is not an obvious path. How do you respect the spirit of the community and add value for individuals while also establishing predictability for larger partnerships and sustaining volunteer resources to increase impact.

Hint: running a weekly event, hackathons, partnering with other community groups and organizations, grant-writing, and creating understanding between government and community with tech in-between is hard to do with a couple volunteers.

Enter the Code for Philly Advisory Board.

Earlier this year, we brought together several civic leaders in Philadelphia together for our stakeholder engagement meeting kickoff. The idea was to get the best brain power in Philadelphia to help guide us as we move ahead in our vision.

It was a long, exciting, and majorly productive day. As a result, we had better focus and actionable next steps—including forming an advisory board.

The board is challenged to help provide guidance on vision and scope of our emerging organization, strategic initiatives, funding models, and the continuation of the advisory board for 2018.

While the advisory board plays an important role in the advancement of Code for Philly, I’ll note here that it does not affect the day-to-day of the brigade. The weekly hack nights and hackathons you know and love won’t change anytime soon. We’ll talk more about Code for Philly and get feedback at our virtual Town Hall on December 13th (save the date!).

In the meantime, meet the Code for Philly Advisory Board! These are civic leaders we’re honored to have as fundamental influencers in shaping our future. 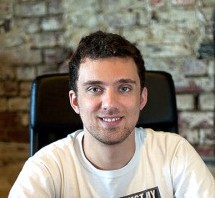 Chris has more than 15 years of experience with system architecture, app development, and systems administration. Over the past seven years, he has built more than 30 projects using Sencha’s Ext JS and Touch frameworks, for clients such as Time Warner Cable.

In 2012 he organized and founded Code for Philly, a local volunteer chapter of the national nonprofit Code for America, and now serves on the advisory board. 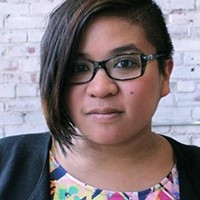 Mo Manklang is the Community Manager at Generocity.org, and has been convening people around creative solutions for Philly for the past four years. Mo is the Vice President of the board of the Philadelphia Area Cooperative Alliance, is cofounder of The Bechdel Test Fest and loves exploring the weird side of Philadelphia. Also she loves tacos. 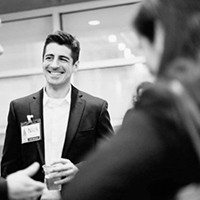 His side goals and ambitions include beating Cecily Tynan in the Broad Street Run, cooking the perfect risotto, and figuring out why Google+ exists. Nick also hopes to one-day pull off a white linen suit. 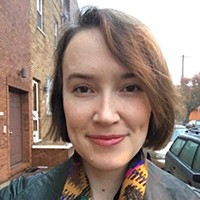 With a background in how people and space influence each other, Kara currently serves as Enabler (Program Manager) for the Expressive & Creative Interaction Technologies (ExCITe) Center at Drexel University. The Center is a hub for transdisciplinary work at the intersection of design, technology and entrepreneurship. Her love for culture, transit, and Philadelphia has also led her to be involved as a co-organizer with both Urban Geek Drinks and contributor to the Philadelphia Geek Awards. 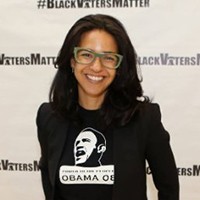 Liz is an accomplished political operative working for both Obama Campaigns (running Regional Field in 2007-08 in multiple states and Get out the Vote efforts in Ohio for 2012). She has managed competitive races in local elections and worked on coalition building in both the Obama administration and in Congress. 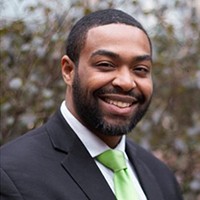 Omar Woodard joined the GreenLight Fund as the Executive Director of the Philadelphia office in January 2016. He comes to GreenLight with a decade of experience working in venture philanthropy, management consulting and foreign and U.S. government relations.

Widely recognized for his expertise in nonprofit board governance, Omar serves as an advisor and director to the African American Chamber of Commerce of PA, the Girard College Foundation, the Maternity Care Coalition, the Hispanic Heritage Foundation and many others.

A North Philadelphia native, Omar resides in the Cecil B. Moore neighborhood of the city.

Code for Philly is a website that has an advisory board for the discussion about organizational development over the last two years. If you are student then check professional dissertation writers for most simple skills to complete your study session. It includes a detail of grassroots community connected by shared values to a formalized organization with a broader scope. Join it for more.