A web-based visualization of the budget information released on the School District of Philadelphia's Open Data Initiative page.

Based on D3's Sequences sunburst example.

After working out a few initial summarization errors we finally got the green-light from our friends at the district that the tool is accurate!

Check it out at schoolbudget.phl.io

The pair built the visualization, which shows the District’s 2014 budget and proposed 2015 budget, at this month’s EdTech Hackathon with budget data the District released ahead of the event. District representatives said they hoped technologists would use the data to build tools that could increase transparency by making the budget easier to understand. 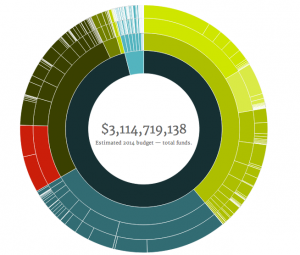 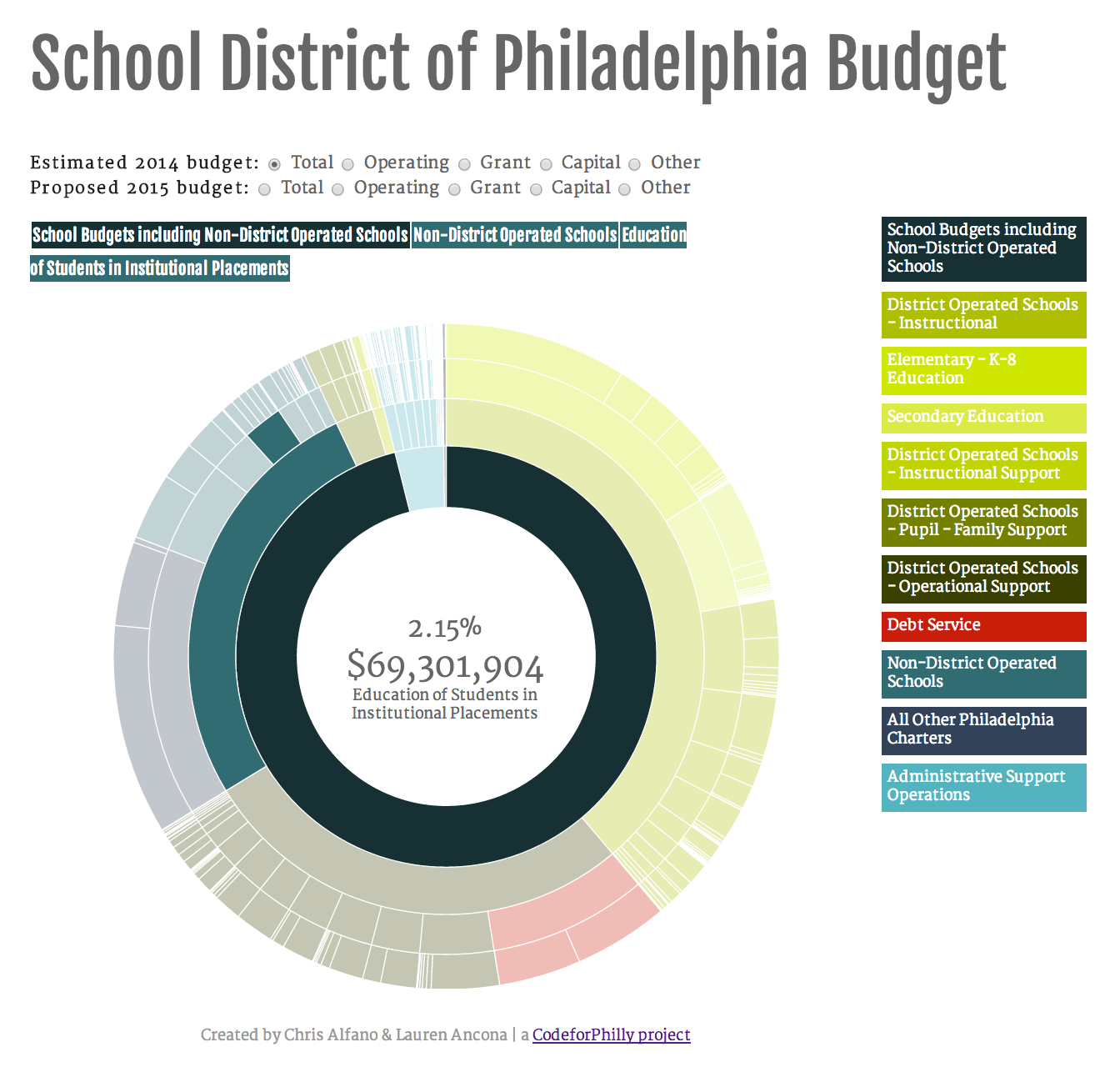