How many of you have heard of all of the judges who ran in the last election? How about all the Council at-large candidates? How about all the State Representative candidates? Most people who show up to vote have not heard of all the candidates. Instead, they're given flyers on the way in, often by their neighbors, suggesting who they should vote for. But who determines what's on the flyers? Ward leaders. And how many of you know who your ward leader is?

Let's use data to show:

Join the hackpad to add ideas

Here’s a key difference: a group of computer whizzes known as Code for Philly this month ranked the city’s Democratic ward leaders based on their history of turning out voters. 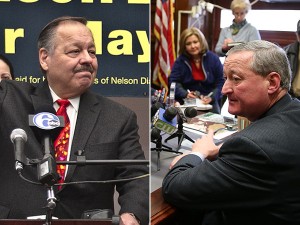 The wonderful people at Code for Philly have created a fun new website about Philadelphia’s ward leaders. You may have thought, quite reasonably, that such a feat was impossible. Ward leaders are many things, but “fun” is not usually one of them. 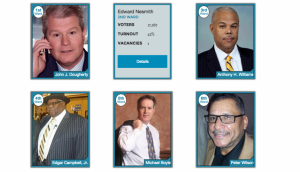 Code for Philly wants to help. The civic hacking group built baseball cards to get you acquainted with these local political leaders. The project came out of last month’s Apps for Philly Democracy Hackathon, just in time for baseball’s opening day.