There is a great open-data movement in Philadelphia, but there is not a one-stop viewer for the heterogeneous datasets. OpenPhillyGlobe is an open-source web-based 3D globe for visualizing Philly's open data with an initial focus on simultaneously visualizing multiple transit layers.

OpenPhillyGlobe is built on Cesium, an open-source virtual globe engine, and developed in JavaScript. It runs in a browser without a plugin.

OpenPhillyGlobe is developed for the Apps for Philly Transit 2013 Hackathon by @abwood and @pjcozzi with special thanks to @matt_amato.

OpenPhillyGlobe uses the Apache 2.0 license. It is free for commercial and non-commercial use. 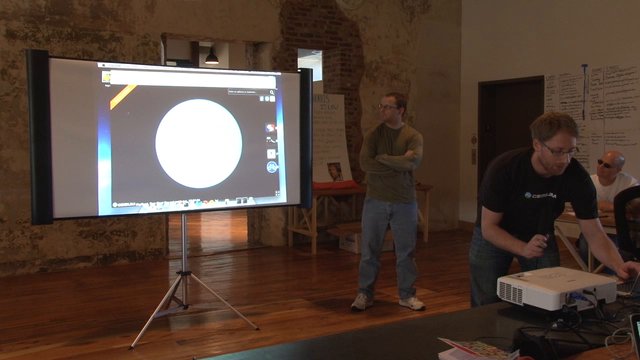 We now have http://www.openphillyglobe.org/ for our project. Check it out in a browser that supports WebGL.