Developed by local civic hackers at Code for Philly, in conjunction with the Delaware Valley Regional Planning Commission, the idea of having community cyclists crowd source their bike routes for planning authorities first originated in San Francisco, but this is the first attempt to record Philadelphia bike patterns, despite the city having the highest rate of cyclists per capita of the nation’s 10 biggest cities. 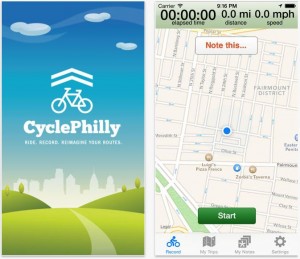